The United States economy is shifting into high gear after seeing a 4.1 percent increase in the second quarter of last year. The rise in business and consumer spending, government spending, and the increase in exports helped these numbers come to pass. Business investment grew 7.3 percent, and personal consumption expenditures increased four percent. President Donald Trump said, “We’re on track to hit the highest annual growth rate in over 13 years. And I will say this right now, and I will say it strongly, as the deals come in one by one, we’re going to go a lot higher than these numbers, and these are great numbers.” If you are considering a move for the perfect job position, contact JobsAWorld. They will match your skillset with a company looking to hire. You will be updated as new positions are posted. 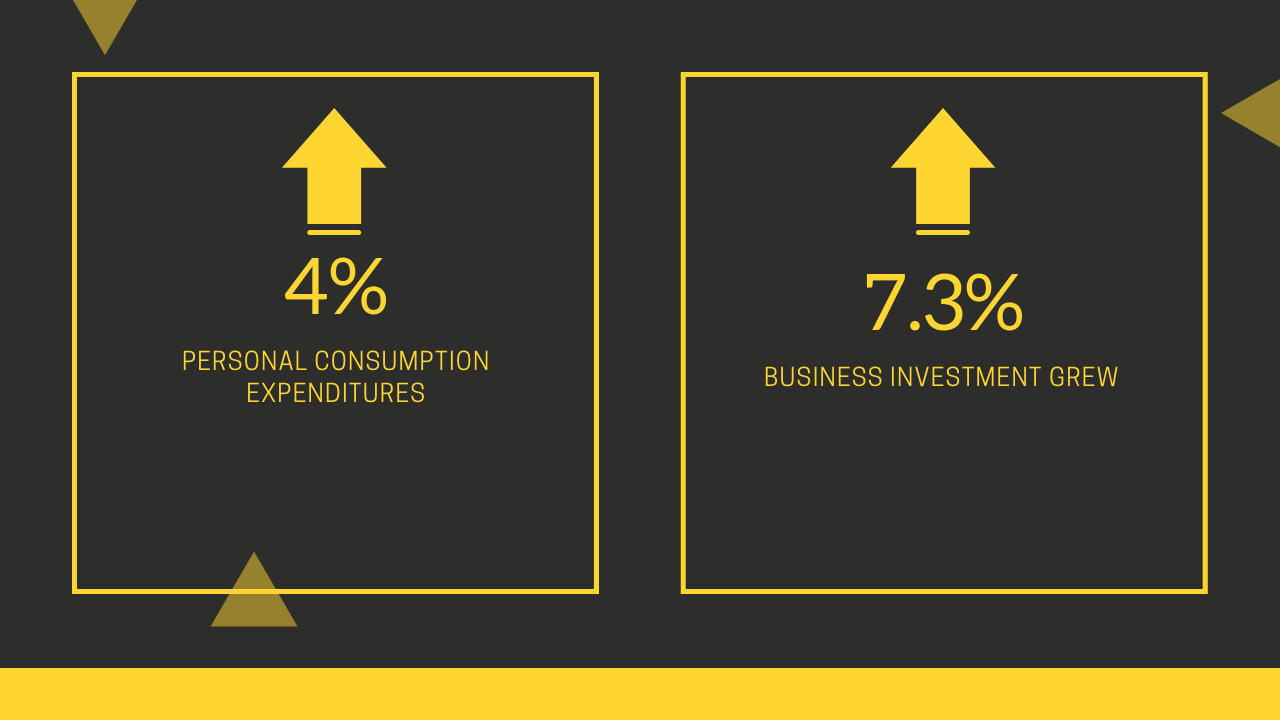 The gross domestic product rose to a solid 4.1 percent in the second quarter of 2018. This pace was the best since the 4.9 percent growth in 2014 and the third-best growth increase since the Great Recession. The tariffs and last year’s massive tax cut were both critical factors in the tremendous growth. Peter Boockvar, a chief investment officer, said, “Bottom line, if it weren’t for a big upside to inflation, GDP would have been much better because of the upside in spending, boost in exports and government spending which offset an unexpectedly sharp decline in inventories and no change in gross private investment.” JobsAWorld has a team of career development experts ready to help you get hired for the job position you desire. They will send personalized job offers directly to your inbox. Your resume will be matched to open positions that suit your qualifications.

Our Country is doing GREAT. Best financial numbers on the Planet. Great to have USA WINNING AGAIN!

President Trump tweeted that America has the “best financial numbers on the planet,” and Larry Kudlow, National Economic Council Chairman, predicted that Q2 GDP would be huge. The current administration used a blend of tax cuts, spending increases, and deregulation to fuel growth in the economy. You can apply quickly for a job around the world by contacting JobsAWorld. You will be updated on open jobs that match your skillset and will soon be celebrating your new achievement!

New Zealand is still lacking close to 56,000 construction workers, which include over 2,000 specialists, to finish various construction projects

A campaign has been launched. Over 65,000 new construction positions will need to be filled over the next five years to meet the growing demand.

Thousands of Jobs Being Generated By Renewable Energy Sector in India

Over the next several years, hundreds of thousands of jobs are expected to be generated in India’s renewable energy sector.